Orchha is the hidden town of Madhya Pradesh that narrates the grandeur of imposing monuments towering over it. There are fascinating moments and views at River Betwa, and then we are intrigued by Orchha’s history and the interesting personages who left tremendous footprints in the form of striking architecture and impressive paintings.

Orchha and its marvelous structures predominantly possess impregnable paintings with the relic of bygone era waiting to be heard.  The Laxmi Temple in Orchha is one such citadel which was built in a mix of temple and fort architecture. The most fetching thing about this temple is the paintings on its walls and ceilings inside. These paintings are dated back to medieval era of India, hence you can see paintings of Hindu deities- the focus is mainly on scenes from Ramayana and Krishna leela. 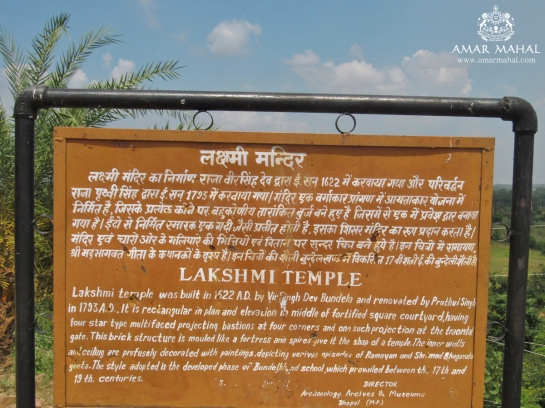 Laxmi Temple’s interior undoubtedly contains the most exquisite of Orchha’s, wall paintings covering the walls and ceiling of three halls, these murals are vibrant compositions.  The Laxmi Temple also shows another group of interesting paintings from history mainly painted during the British era during the first battle of Independence in 1857. There are paintings showing fights between the British and local forces.

Krishna Leela: Krishna is playing flute and Gopis are mesmerized 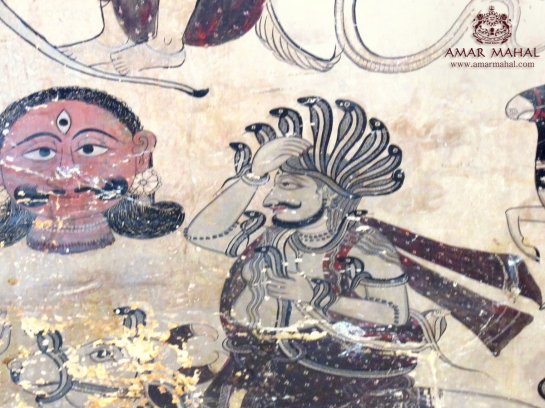 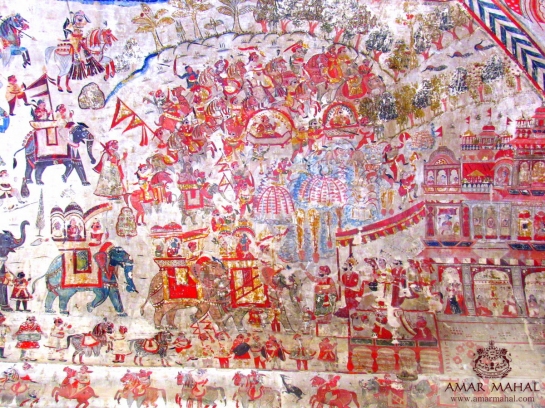 The King’s procession for a ceremonial function

Scene from history- Left wall depicts King’s army, King on the elephant in center ceiling, the painting of fort on right hand side.

The British Army at the battle field

The local Army of India at the battle field

A scene when Lord Ganesha and Kartikeya visit goddess Lakshmi

Apart from the vibrant canvas, there are these scratch paintings, which form a different section of art in the temple. The walls are painted in brown and then beautiful drawings are conceived by scratching off this paint with mural paintings. 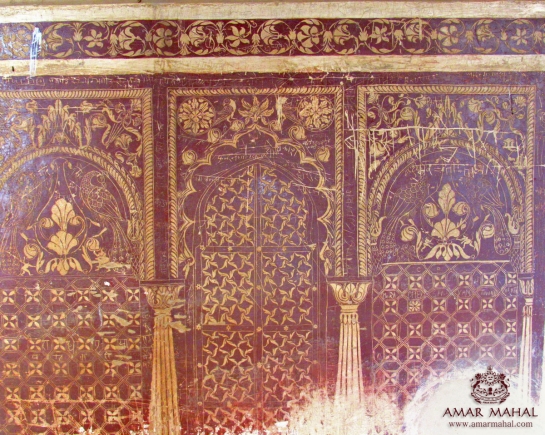 Laxmi Temple through its impressive architecture and awe inspiring paintings exhibits a unique treat to eyes, which is not to be missed when in Orchha.

Some Important Facts about Laxmi Temple of Orchha

Laxmi Temple is one such temple where there is no idol but what pulls everyone here is the calm ambiance and the wall paintings inside.

All paintings in Laxmi Temple are done with natural colors.

There are few paintings which can be easily related to Bundi Style adorning the wall of Chitrashala at Ghar Palace in Bundi, Rajasthan.

Laxmi Temple is wrongly termed as Laxmi Narayan Temple on internet. The Temple is only dedicated to Goddess Lakshmi, who is the Hindu goddess of wealth.

Vir Singh Deo ji of Orchha ordered the construction of  Laxmi  Temple around 1622, but due to inadequate maintenance over the years the temple soon began to fall apart and had to be reconstructed by Prithvi Singh in 1793.